The first air mail services in Canada were provided by small companies flying into remote Northern areas  in support of prospectors and miners. The Post Office allowed these companies to charge for the letters they carried, and to issue their own stamps. These stamps had a “semi-official” status, as they were sold from post offices, but the Post Office did not assume responsibility for delivery of the mail, or help with the cost of the service.

The Post Office began organizing air mail services in 1927, and in 1928 started providing pictorial cachets for covers carried by the inaugural flights of new services. The 1920’s and

30’s were a time of great interest in everything to do with aviation, and these First Flight Covers became popular collectibles. – When the Post Office announced an airmail service along the Mackenzie River from Fort McMurray to Aklavik, north of the Arctic Circle, and that it would issue cachets for flights between Fort McMurray and the twelve  stops along the route, some 120,000 covers were sent to the Post Office to be carried on the inaugural flights! Commercial Airways Ltd., which had been awarded the contract for the service, had to acquire three additional aircraft for the inaugural flights, and then shuttled the mail so that the appropriate First Flight Covers were always on the first aircraft to arrive at a stop.

Newfoundland was a separate country and issued its own stamps until 1949, when it became the tenth Province of Canada. Newfoundland was the starting point for most of the early attempts to fly the Atlantic,  and the mail carried on some of these flights is now very rare and expensive. However, the mail carried on the early  internal air mail services in the 1920’s and 30’s, and the trans-Atlantic flights of 1939, is widely available.

The Canadian Post Office stopped providing cachets on a regular basis in 1939, but continued to provide them for some special events. Covers have also been produced by airlines and individuals, as souvenirs of new aircraft, additional routes, airshows, anniversaries, and other events.

The Air Mails of Canada and  Newfoundland, published by the AAMS, is the standard reference for information on

Canadian air mail stamps and covers. It was published in 1997 and is currently being revised.

Air Mails of Canada, 1925 – 1939 by George Arfken and Walter Plomish gives a very good history of Canadian airmail, and is available from Sparks Auctions: https://sparks-auctions.com/bnaps-books-list/

B. Commemoration of the 1919 Stinson Western Canada Flight Calgary to Edmonton 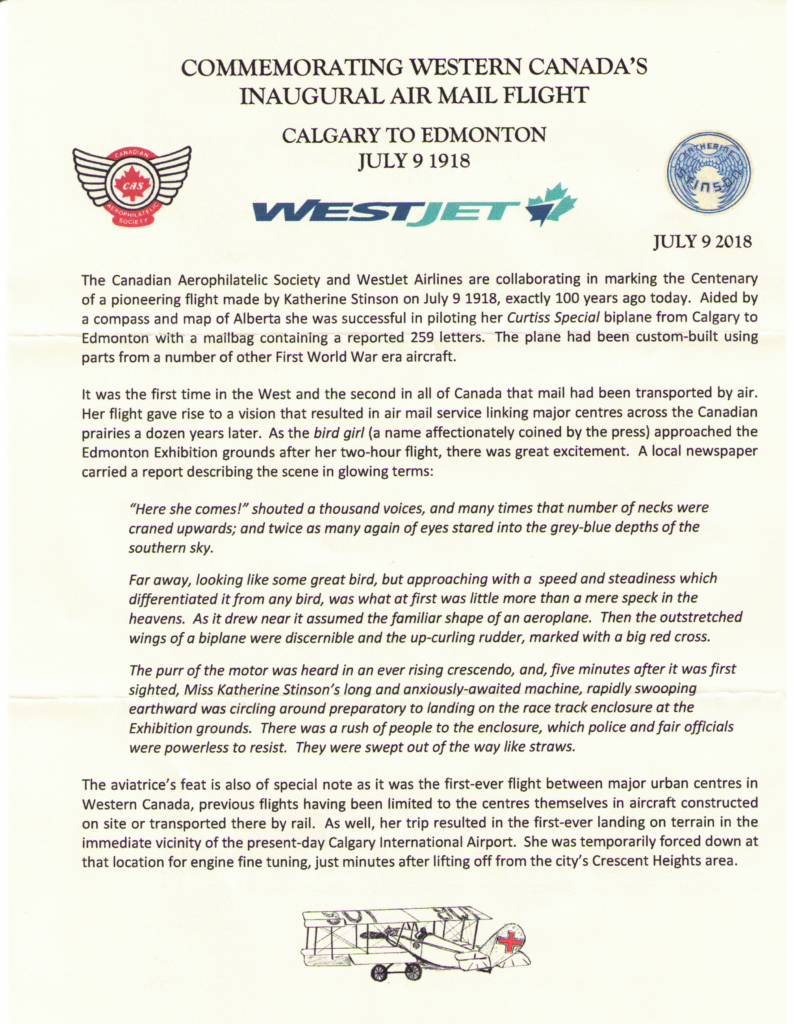 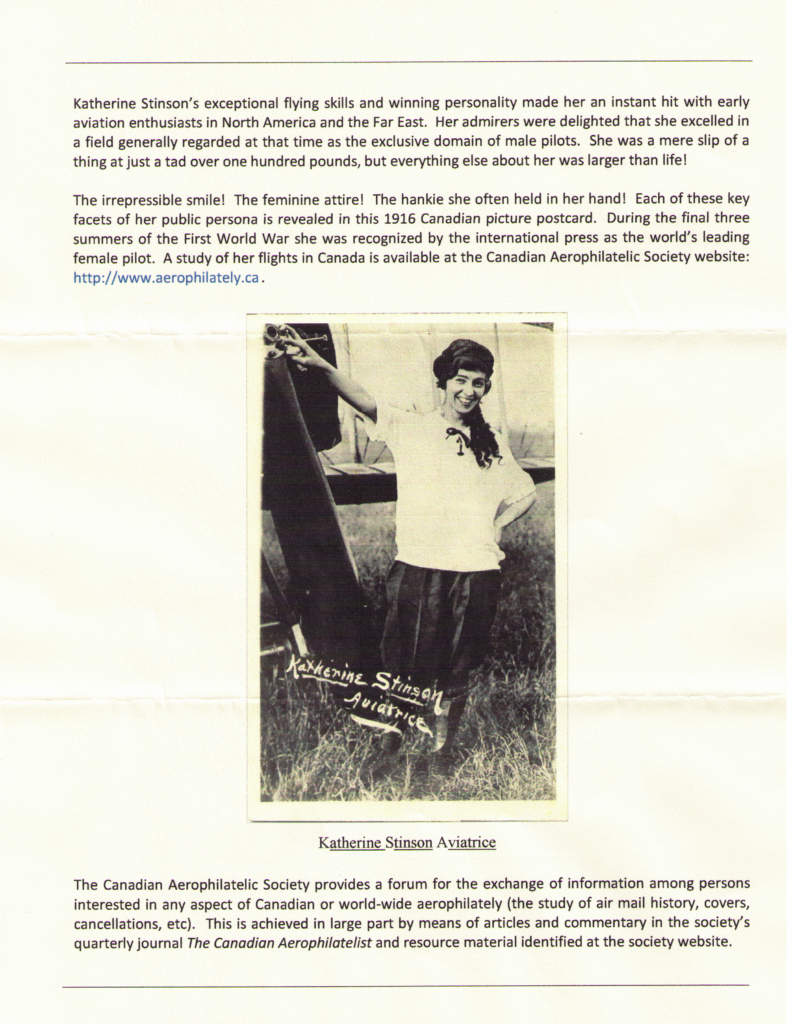 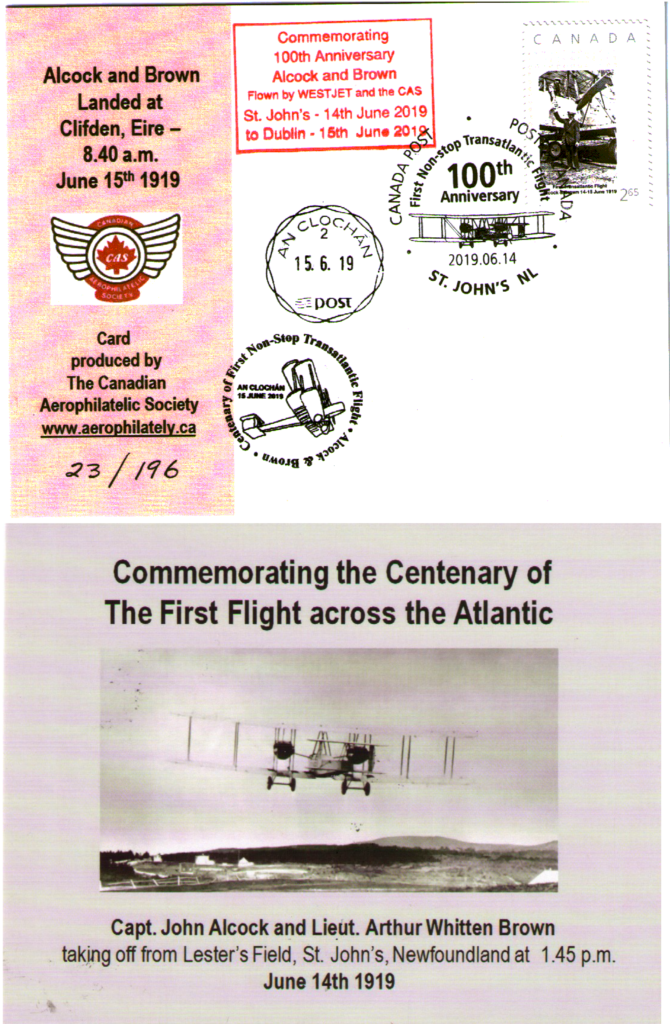